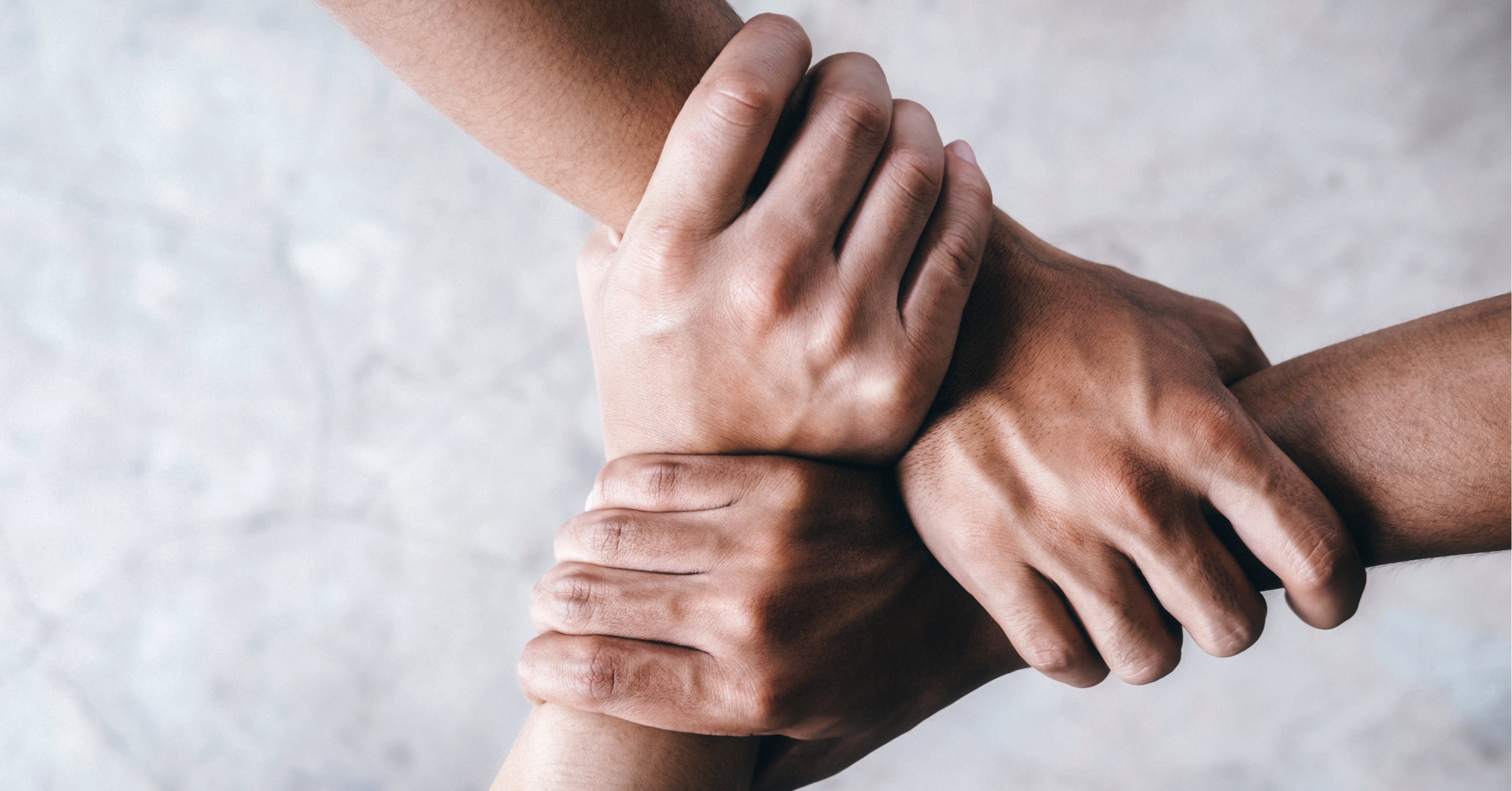 In Numbers 12, we find a story of resentment, racism, and forgiveness…and the chapter is only 16 verses long.

If you’re not familiar with the story, Miriam and Aaron, Moses’ brother and sister, spoke against Moses because he married a Cushite woman (Numbers 12:1). A Cushite is a person from the south Ethiopian region. It’s an area south of Egypt that was populated by a Black African civilization for a couple thousand years. That’s right. Moses was married to a black woman, y’all!

The Bible is clear that the reason Miriam and Aaron spoke against Moses was specifically “because of the Cushite woman whom [Moses] had married.”

God’s response was equally as clear—He wasn’t going to tolerate it. He called Moses, Miriam, and Aaron to the entrance of the tent of meeting and asked Moses’ brother and sister how DARE they question the man He has called to be His servant. God rebuked them, left the conversation and when He did, He left Miriam covered in leprosy.

Let’s pull back and look at this situation from a meta narrative point of view. God had called Moses to lead the Israelites out of Egypt and into the Promised Land. Because of Israel’s constant sin, God decided they needed to walk it out and wander in the desert for 40 years. Though the Israelites were autonomous individuals and each was responsible for their own sin, it was incumbent upon Moses to follow God’s commands so that He could properly lead the Israelites in righteousness and admonish them to only follow and worship the one true God.

Moses was “top dog,” but people respected Miriam and Aaron as well. They were Moses’ right and left hands. Miriam is listed later in the Old Testament (Micah 6:4) as one whom God appointed to lead Israel alongside her brothers. In order for the Israelites to reach the Promised Land, they needed to be unified. God likely responded so harshly because Miriam and Aaron threatened that unity. And how they chose to do it was very interesting…

Moses, by his own admission, was inarticulate. Now, whether he was actually inarticulate or he was using that as an excuse to get out of what God wanted him to do could be up for debate. Regardless, Moses argued with God that he didn’t speak well, and that was why Aaron was even brought into this picture of delivering the Israelites from Egypt—to be Moses’ mouthpiece. When Miriam and Aaron wanted to demean Moses and challenge his authority, they didn’t bring up the fact that he was inarticulate—they attacked his relationship with his black wife.

Racism is an age old problem, folks. It didn’t creep up with the inception of slavery just hundreds of years ago. Satan has been using mankind’s differences against us for thousands of years. He knew exactly what he was doing by getting Miriam and Aaron all riled up over Moses’ black wife. And God knew it too, which is why He put a quick and immediate stop to it.

Miriam and Aaron honored God; they loved and respected Him. So if God had simply rebuked them, they very well would have repented. But no…God made an example out of Miriam. Once Miriam was struck with leprosy, she could not associate with the rest of the people. She had to be shut out and placed outside the camp. God was going to make His point, and His point was that He will not tolerate division among His people.

This is what’s most noteworthy and most beautiful about this entire story, however: Moses’ heart of forgiveness. His brother and sister were demeaning and insulting his wife. When Miriam was struck with leprosy, Moses would have been justified in saying, “See? That’s what you get!” and left Miriam to live with her punishment. Instead, the Bible says, “And Moses cried to the Lord, ‘O God, please heal her—please’” (Numbers 12:13). He cried to God on behalf of his sister—his sister who wronged him—his sister who undermined not only his position with God but his relationship with his wife.

To those who are a part of the Black Community…

What if we had Moses’ response? What if we prayed on behalf of the people who have wronged us? What if, instead of responding with righteous indignation, we responded with love and patience? Do we, as Christians, believe God hears our prayers? If so, what do we want more—to see our wrongs righted or to see healing in our land? What takes precedence—our skin color or our God-given duty to love others as Christ loves us?

We know the truth, brothers and sisters. We know that Satan walks about like a roaring lion seeking whom he may devour (I Peter 5:8). We know that anger, bitterness, and resentment only breed more of the same. And here’s what else we know: we can continue walking around angry at past generational sins, creating more generational sin by passing down that same anger and bitterness to our children, all while racist white folks walk around happy and blissfully unaware. Racists (like facts) don’t care about our feelings. They will spew their insults like poison and go on living their lives just fine while we’re all twisted up with anger and resentment.

Meanwhile, the divide in our country only grows greater because guess who’s fueling the division? The government. Don’t be fooled by the anti-racist propaganda. The government is not your friend. If it can keep us divided and maintain the in-fighting between races, then all the easier for them to gain more control over every aspect of our lives until there’s nothing left.

Be sober. Being sober in this case doesn’t just mean to not be intoxicated by alcohol. It means to be clear headed. I read a commentary that says, “Sober [in the Bible] is translated from the Greek word that means to be…calm, collected, to have good sense, good judgement, wisdom, level-headed in times of stress” (Home Living by Lydia Sherman). That is completely contrary to what I’m seeing from the black community today. I’m seeing anything but good sense and good judgement. I see no wisdom and certainly no level-headedness in times of stress. What I’m seeing is what I expect to see in the world—utter lack of common sense, lack of wisdom and discernment, and hot-headedness. And yes, Christians are still human, so we are not immune to those feelings. THAT, then, is why God advises us to be sober. God knows how easily we can jump off. Ah, but Satan knows it too.

So while black America is trucking along relatively nicely, not being slaves, not being forbidden the right to sit where we want on a bus or drink from certain water fountains, and not being told that we cannot educate ourselves, all Satan as to do is dangle the death of a criminal at the hands of a white man in front of our faces, and we lose our collective minds. All sober mindedness just leaped right out the window.

Be vigilant. Other versions of the Bible say, “watchful.” When my children lose themselves for a moment and are disobedient or get a bit too sassy for my tolerance level, I warn them, “Watch yourself.” If the reason they’re being disobedient is because of their sibling, my warning is still the same…”Watch yourself.” You watch you. Why? Because you are only responsible for your own actions. But if that’s true for the negative actions, it’s true for the positive.

We are responsible for our own actions—which means if we want to see change, we are responsible for what we do to bring that change about. We are held accountable to pray. We are not to hold other people accountable for the sins of their fathers. We are to very literally mind our own business. If there is any other business we’re minding, then let us be like Jesus and “be about [our] Father’s business” (Luke 2:49 KJV).

God’s business is about UNITY—but not of the races. He already sees us as one. God is about the UNITY the gospel brings! 2 Peter 3:9 says, “The Lord is not slow to fulfill his promise as some count slowness, but is patient toward you, not wishing that any should perish, but that all should reach repentance.” He wants everyone to come to know His Son as their personal Savior. Any other narrative is of the devil.

Do not be fooled into thinking that this is about us, guys. It’s not. We are in a spiritual battle, and we are just pawns in Satan’s game. He wants to take everything beautiful that God created and destroy it. We’re either helping him in that effort or fighting him—there is no in between.